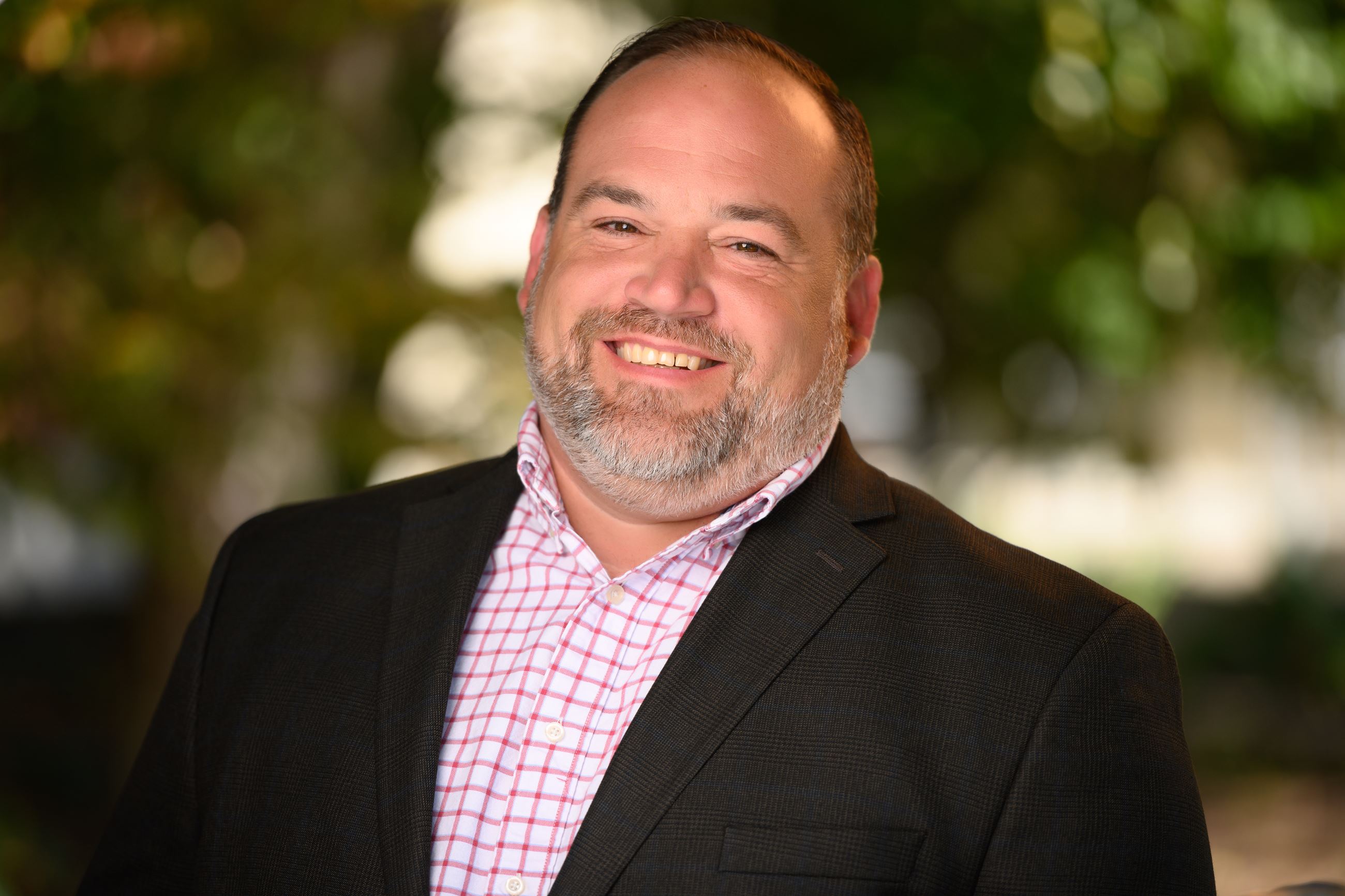 Mayor Bill Young was born and raised in Kansas where he spent the majority of his childhood moving around the state. His family finally settled in El Dorado his junior year of high school. After graduating at El Dorado High, he attended both Butler Community College and Wichita State University, majoring in business.

Bill started his career at the young age of 20 in the technology field and worked for an international consulting company for seven years.

In 1997, he married his wife, Dacia. They welcomed their daughter Annalise to the world in October of 2000. For the last eighteen years Bill has passionately enjoyed coaching recreational sports for children, especially his daughter's softball team.

Originally, Bill was hired as the Chief Information Security Officer because of his extensive background in cyber security and experience as a policy consultant at Butler Community College. Two years ago, he was appointed as the Vice President of Digital Transformation and is currently the Chief Information officer at the college.

An important part of Bill's childhood was giving back to others and the community. Inspired by that, Bill has served on the Planning Commission, the Chamber of Commerce Board of Directors, was EHS Athletic Booster Club President and was a member of the City Commission 6 years ago.

The Young family enjoys hunting, fishing, traveling and catching a football or baseball game when they have time. 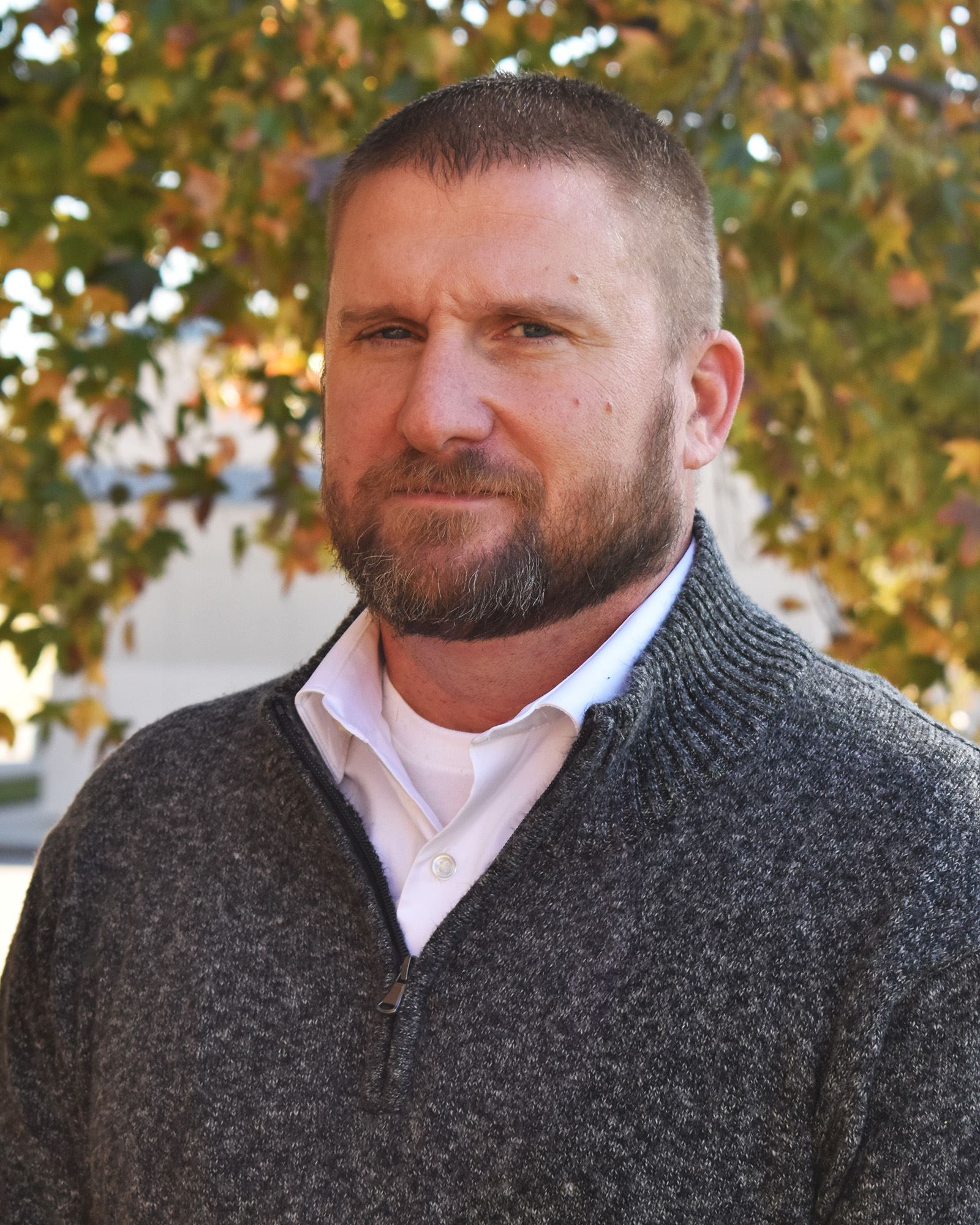 Commissioner Kelly Tetrick was elected in 2021, and began his first term in January of 2022.

Commissioner Tetrick was born and raised in Kansas and spent much of that time in El Dorado. He attended El Dorado schools and graduated from El Dorado High School Class of 1998. He then attended Butler Community College and graduated with an Associate in Science – Drafting/CAD/CAM/CIM. Kelly then completed a Bachelor of Science Degree in Construction Management from Pittsburg State University in 2010. Kelly is currently a Turnaround Planner at HollyFrontier Corporation here in El Dorado. He also owns and operates a small Landscaping Company.

Kelly has been married to his wife Mandy for 18 years and they have three children. Sons Blake (9) and Colin (6) and Daughter Ella (3). He enjoys fishing, coaching his children in sports, boating and reading. 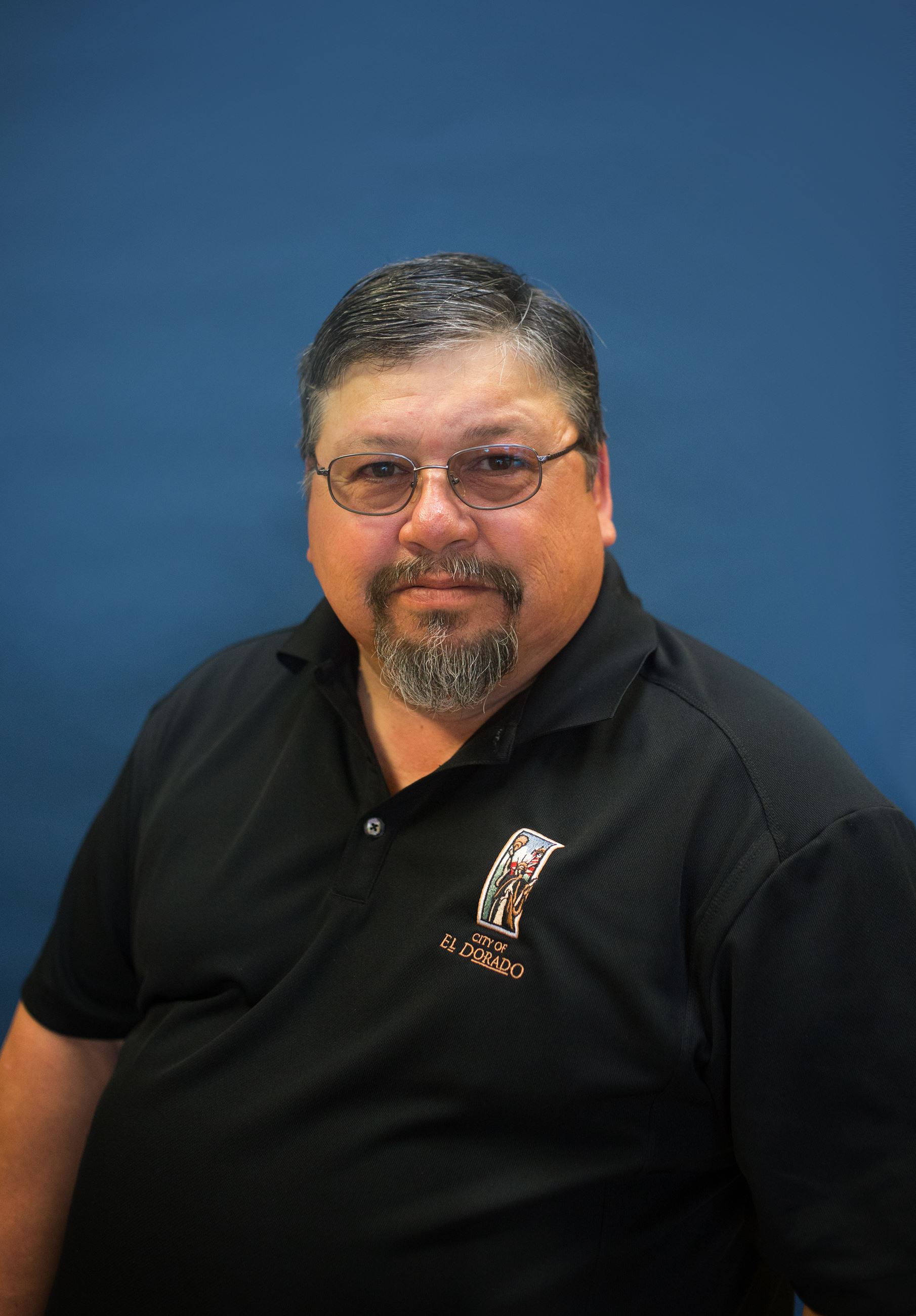 Commissioner Greggory B. Lewis (Gregg) was elected to his first term of office April, 2015. He currently serves as the Vice Mayor in 2018 and serves as a representative of the city on El Dorado Inc., the El Dorado Inc. Housing Committee, as well as a Member of the EFABC Board, and the K254 Advisory Board. Commissioner Lewis is also an active member of the Holly Frontier CAP Board and has served on the Planning Commission and was a past board member of the Partners in Education Foundation. Commissioner Lewis graduated from Butler Co. Community College with an Associates of Science degree and Friends University in Wichita with a Bachelor of Science degree. He moved to El Dorado when he married his wife Loresa Duncan, 23 years ago and they have one son and daughter-in-law; David and his wife Nikki of El Dorado and one daughter and son-in-law; Alecia and her husband Bryson Schwartz of Colorado Springs, Co. and two grandsons Quinton ad Callen of El Dorado. He is a member of the First Christian Church where he has served in the past as Deacon and Elder. Commissioner Lewis is currently the Plant Manager at Ergon Asphalt and Emulsions, an Asphalt Emulsions Plant, where he has been employed for 23 years. He is an avid Kansas City Chiefs and Chicago Cubs fan, he and his wife travel often to watch games. 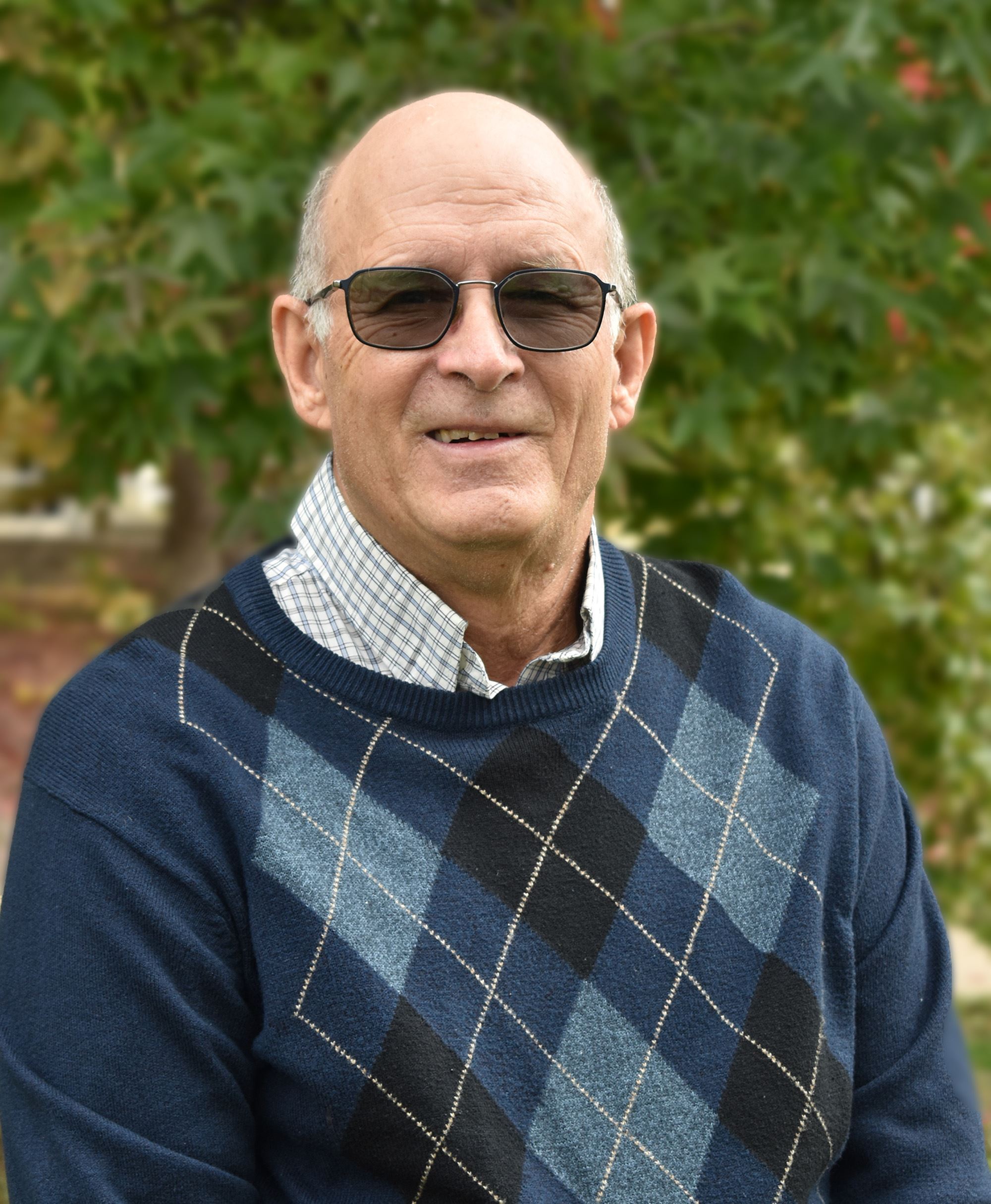 He currently serves on the El Dorado Main Street Board along with serving on the Foundation Board at Butler Community College (President of the Board), USD 490 Board of Education from 2005 -2013, Participant in USD 490 “I Can Read” Program for 15 years, Founding Board of Directors Butler County Habitat for Humanity, Member of “Save the Depot Committee”, Past President and member of Big Brothers an Sisters of Butler County Board of Directors among several other local organizations and non-profits.

Commissioner Leachman was raised in Benton, Kansas. He graduated from Circle High School in 1967 and earned his Associates i Electronics Technician from the United Electronics Institute in 1969. He then served in the United State Army with the rank of Sergeant from 1969 to 1972.  After being Honorably discharged he attended Coffeyville Community College and graduated with his associates in mathematics. He received his Masters in Business Administration from Friends University in 1996.  Leon has been married to his wife, Jodie for 53 years. They have three children, Christie, Toni and Becky and blessed with seven grand children and two great grand children.

Commissioner Leachman retired from the refinery after 35 years of service. He currently teaches Economics and Managerial Accounting at Hesston College

Commissioner Kendra Wilkinson was elected to the City Commission in April, 2015 and is serving her first term in public office. Commissioner Wilkinson has previously served on several committees for the City including El Dorado Inc., Sales TaxAdvisory Committee, and the Convention and Visitors Bureau. She currently serves as an ex-officio on the Airport Advisory Board, Convention and Visitors Bureau, and the Parks/Recreation Advisory Board. Commissioner Wilkinson has lived in the city her entire life and is a fourth generation El Doradoan. Along with her family, she owns and operates many businesses in El Dorado, including an antique/retro/collectibles shop called Two Vintage Sisters which she runs with her sister. Commissioner Wilkinson has a Master of Education from Emporia State University and is a retired educator. She taught accounting and computers for forty years and at the conclusion of her teaching career, served as Director of Public Relations/Publications for USD 375 for an additional six years. Commissioner Wilkinson has two children and three grandchildren. She spends her spare time with them as well as being an active member and volunteer at the First Presbyterian Church.